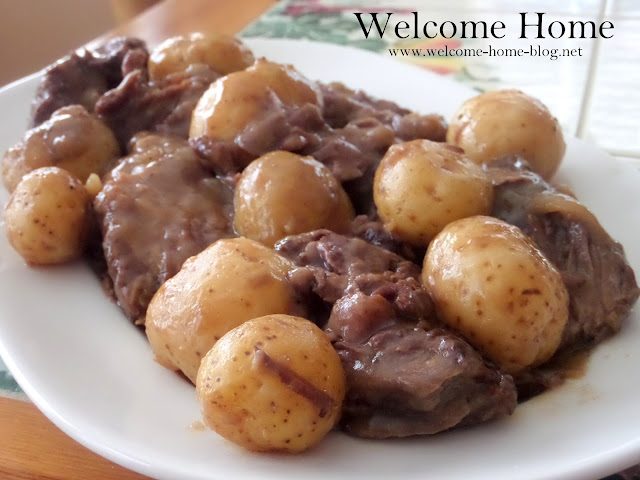 Sometimes you just don’t want all those veggies with your pot roast.  I’m a true meat and potatoes kind of girl and so now and then I like to just make a pot roast with potatoes as my only vegetable….oh and onions…You have to have thick and rich onion gravy to make it the best pot roast you’ve ever tasted!  I decided to try something different with my gravy this time so I used a couple of those little McCormick gravy packets.  I only had the pork gravy and not the beef but I decided to give it a try.  OH MY GOODNESS.  This turned out to the one of the best pot roasts I’ve ever made!

Heat the olive oil and butter in a large skillet over medium high heat. Pat the roast dry with paper towels and sprinkle both sides generously with salt and pepper. Carefully place it in the pan and sear it on all sides until golden brown.  Remove from skillet and set aside on a plate. 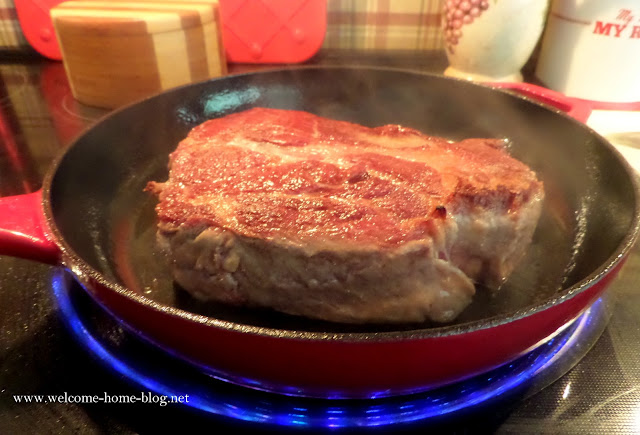 Add sliced onion to the skillet and sauté over medium heat until they are lightly caramelized and golden in color.

Spray a 4 quart crock pot with cooking spray. Place the seared roast in the pot and place the caramelized onions on top. Add chopped garlic. 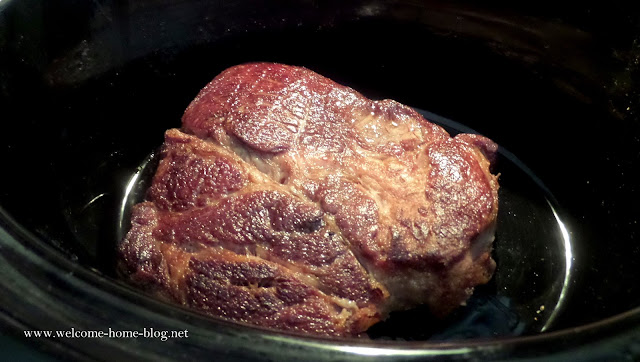 Pour beef broth over roast.  Set temperature to high, cover and cook for about 4 hours. After four hours, remove the lid and place baby potatoes on top and around roast.  Cover and cook another 90 minutes to 2 hours or until potatoes are tender. Remove the meat and potatoes to a platter and cover with foil. 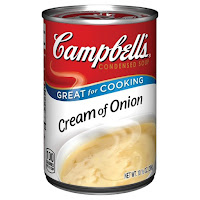 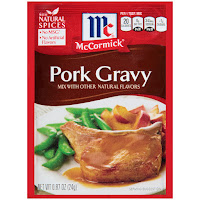 Carefully pour the juices from the crock pot into a medium sauce pan.  Add two packs of Pork gravy and stir well.  Add the can of soup, the water and the cream and whisk until smooth. 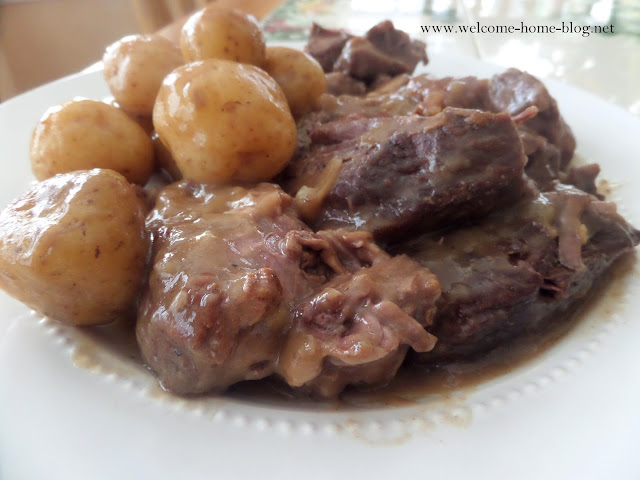 Turn the heat to medium high and bring to a boil, stirring constantly. Reduce the heat to simmer and allow gravy to thicken, stirring occasionally.  Once gravy is thickened, remove from heat and pour over meat and potatoes and serve! 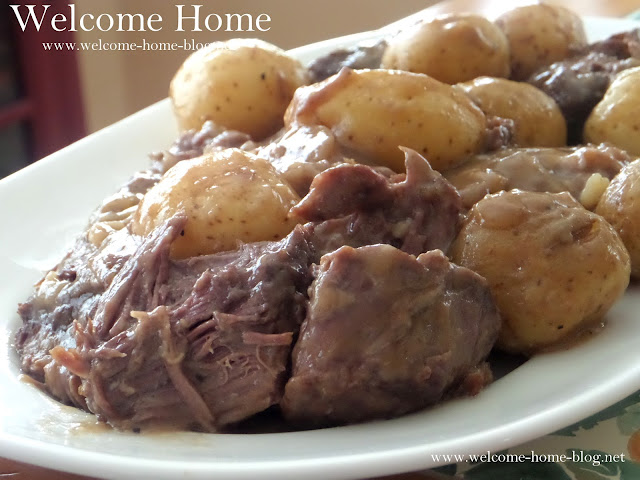 Photography is the property of and copyrighted to ©Welcome Home.