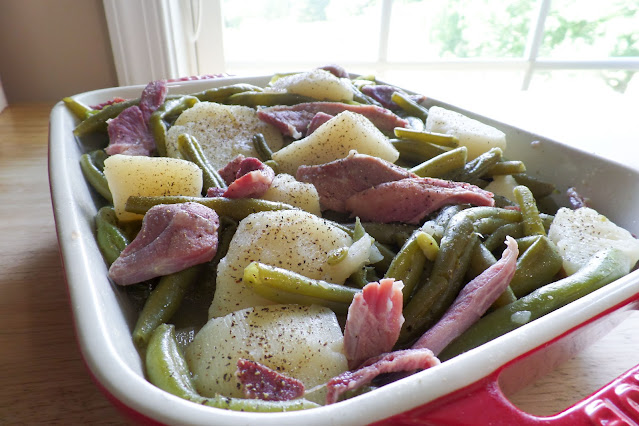 Place the ham hocks (or turkey wings, legs or necks) in Crockpot with just enough water and chicken broth to cover. Add the onion and salt.

Add the trimmed green beans and cover for 4-5 hours until meat begins falling off the bone. 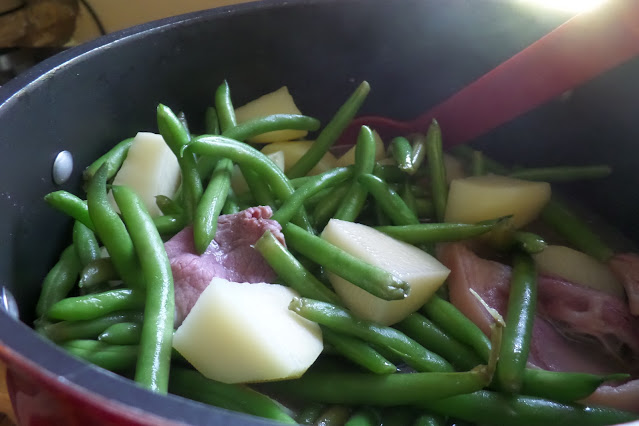 Add potatoes and cook for another 45 minutes to an hour.

Remove the ham hocks to a plate and allow to cool slightly.  Shred the meat discarding any hones, fat or skin. The meat should fall off pretty easily (or at least be close to it). 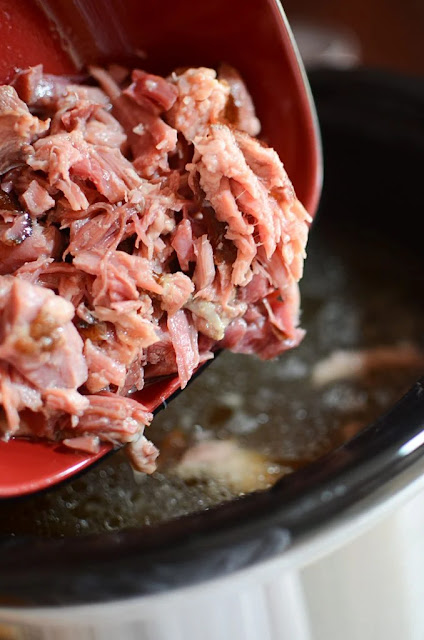 Return meat in slow cooker and continue cooking for another hour or until potatoes and beans are tender. Add salt and pepper to taste.  I like lots of pepper!

Transfer to a bowl and serve! 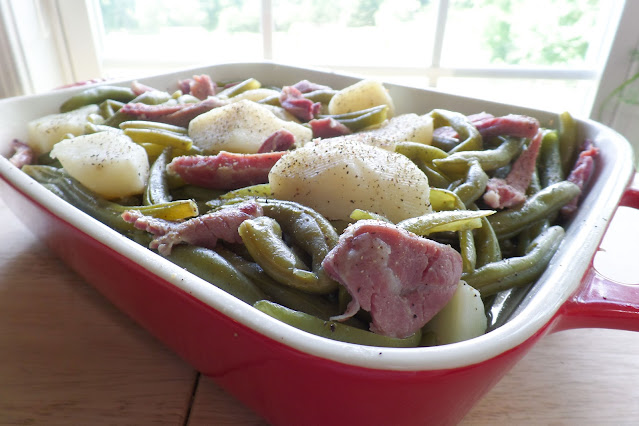 If using bacon: Fry your bacon in a skillet. Pour the rendered fat into crockpot before adding your other ingredients. The most important thing about making this recipe is to have    really good ham hocks. You want nice meaty ones. Some of the ones I see in the store these days are all skin and bones. Leave those in the case and look for the meaty ones.

Green beans may be cleaned, trimmed, and cut up to 24 hours in advance. Store in the refrigerator until ready to cook. 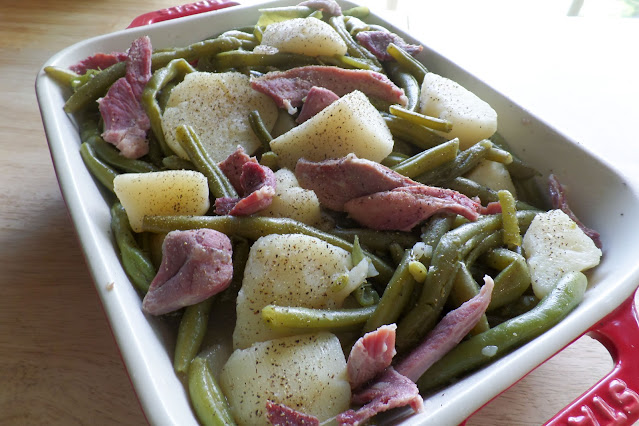