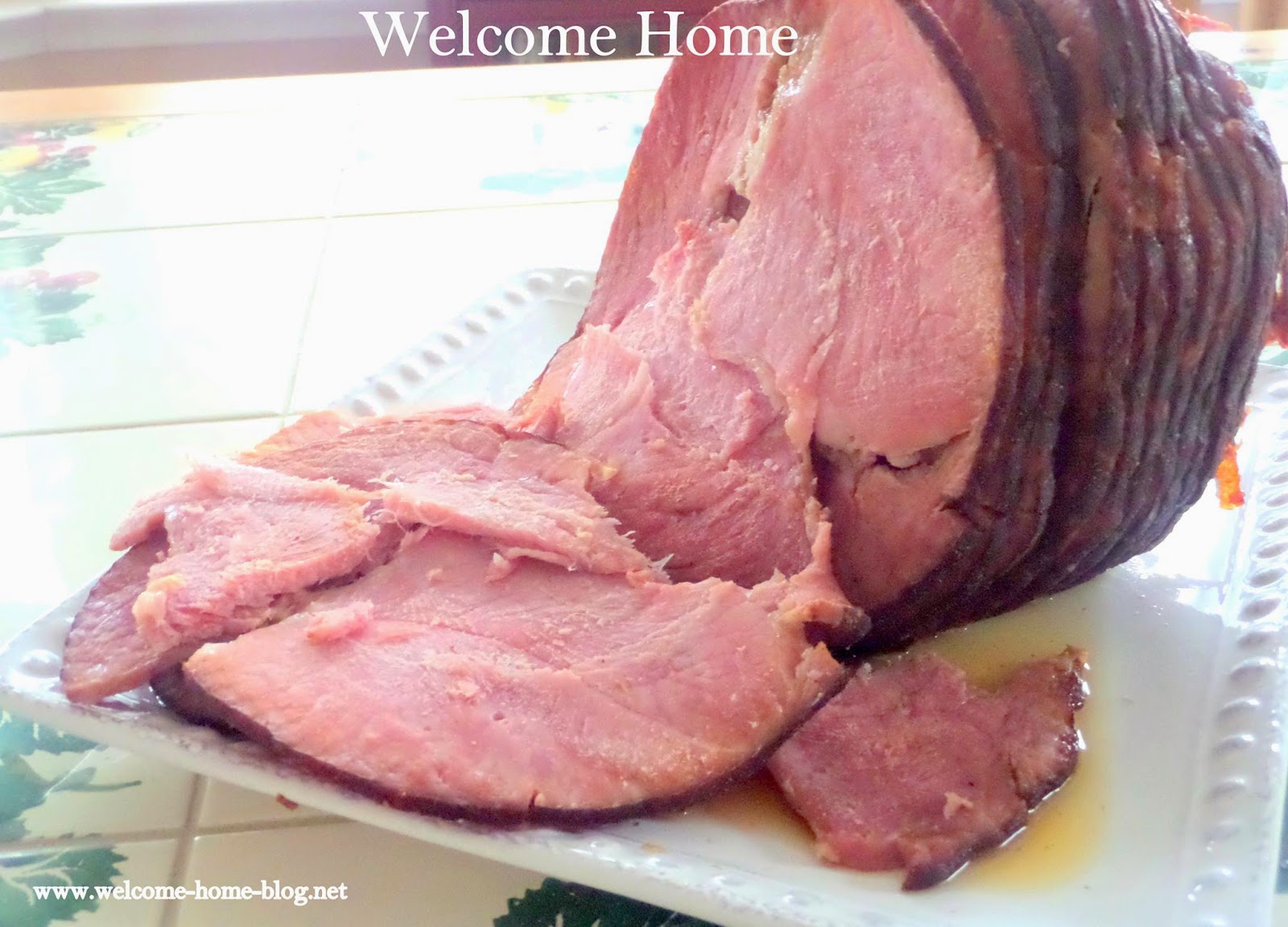 Remember this morning when I mentioned I was going to slow cook a ham today. This is a ham you will never forget....moist and tender and great for sandwiches...which I will be putting up soon. Well....what are you waiting for? Suppers ready...come and get it!

If you get a pre-sliced ham you are ready to unwrap it and cook it. On the other hand, you need to do a little prep work on a ham that has not been pre-sliced. For a non-sliced ham, lightly score in diagonal lines first one way, then crosswise, to form a diamond pattern, being careful not to cut any deeper than about a eighth of an inch.

Make a paste of brown sugar and mustard and rub it into the sliced or scored ham. Do not rub it on the bottom or it overcook and burn. Move your ham to a large crock pot and pour both
cans of coca all around the outside of the ham...being careful not to wash away the brown sugar glaze. Set your slow cooker on low and let the ham cook for about 8 hours. 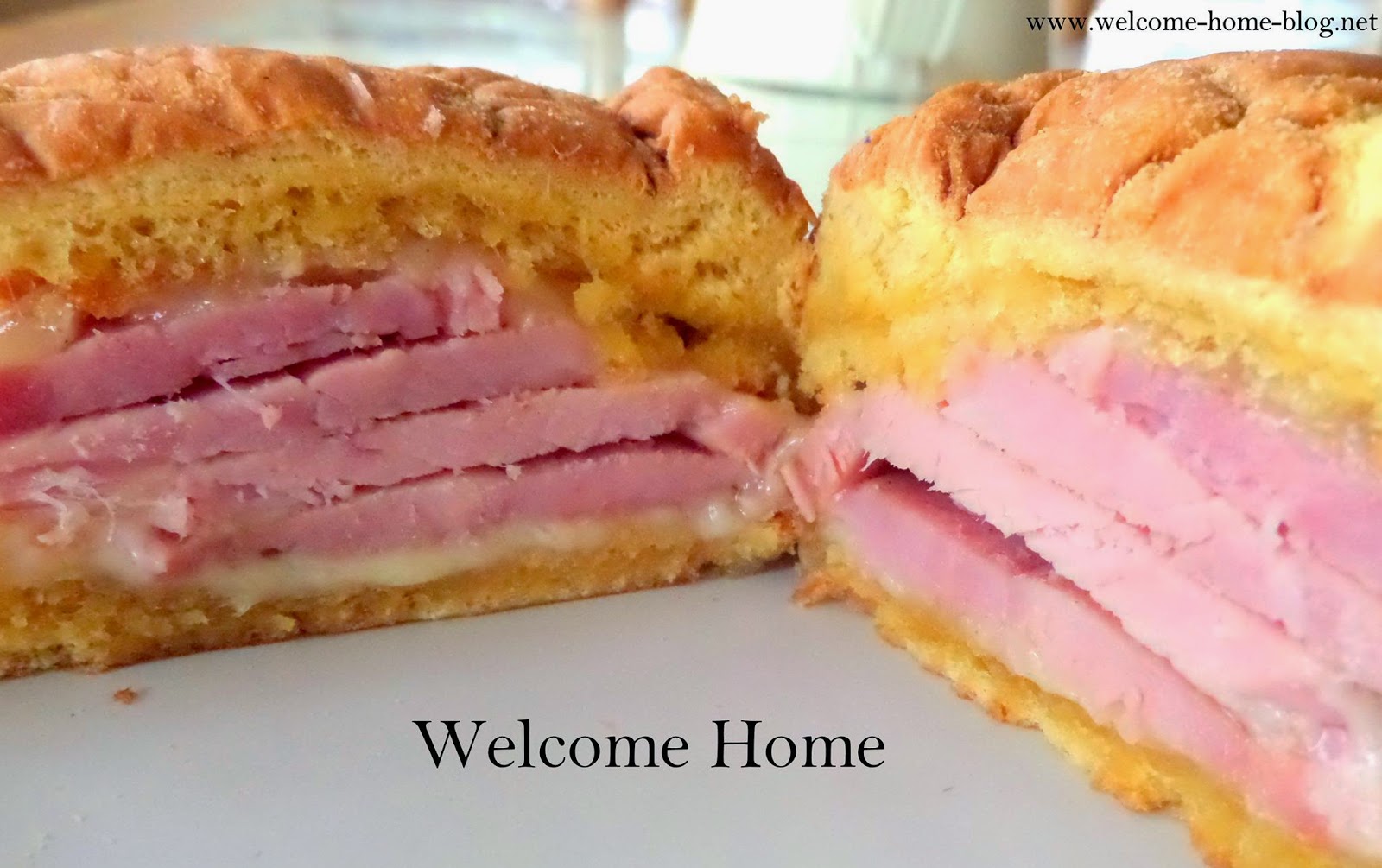 Hot Ham on a toasted potato roll with melted Oh yum Monterrey Jack cheese and a touch of mayo.


Photograph is copyrighted and the property of ©Welcome Home.