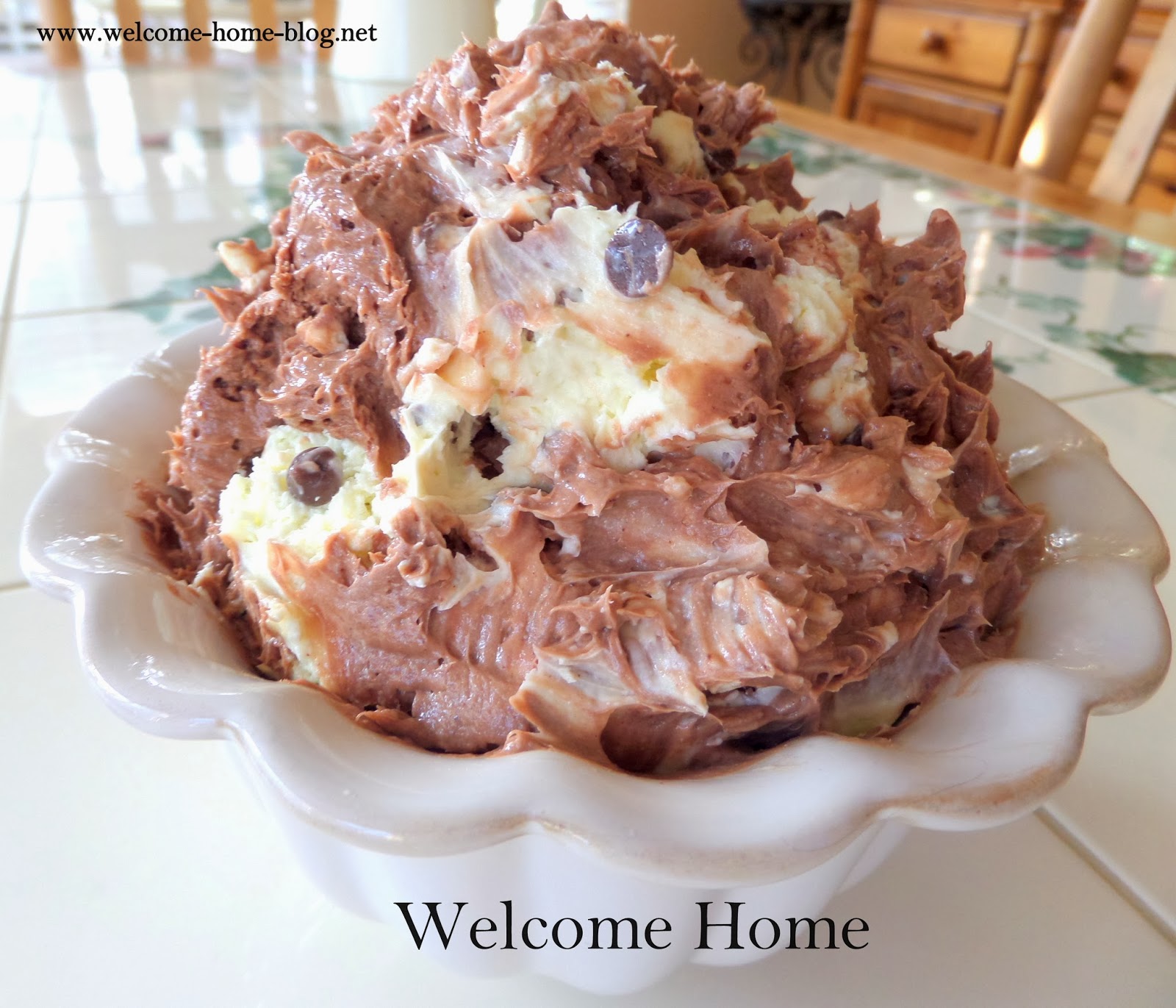 Mousse is such an easy and elegant dessert to make and everyone loves it. I decided to combine two of my favorites together to make a striking presentation. My friends loved it!

For the milk chocolate mousse

Melt chocolate and butter in a double boiler over low heat, stirring until no lumps remain. Remove from heat, transfer to a large bowl and allow to cool slightly. Whisk in egg yolks one at a time until well combined. Set aside.

In a second large bowl, beat egg whites until soft peaks form. Slowly beat in the sugar and continue to beat until stiff peaks form. Fold the egg whites into the chocolate mixture and set aside to further cool.

In a medium bowl, whip cream until soft peaks form. Once chocolate mixture is cool, fold in whipped cream until no white streaks remain. Chill in the refrigerator until ready to serve.

NOTE...  For those of you who are worried about using raw egg whites in your mousse:   You can whip a cup of heavy cream and fold that in your chocolate instead. But the secret is to FOLD it and not STIR it in.

Break the white chocolate into pieces and place into the blender but do not start the blender yet. In a small saucepan, heat the whipping cream until it just begins to boil, stirring occasionally. Pour it into the blender over the chopped chocolate and blend on medium high speed until the chocolate has melted and the mixture is smooth and creamy...about 2-3 minutes. Add the pure vanilla and blend for another 20 seconds. Turn off the blender and let the mixture cool for about 10 minutes.

In a small bow, sprinkle gelatin over 4 tablespoons of cold water and mix well. Add the 4 tablespoons of boiling water and stir constantly until dissolved. Set gelatin mixture aside. Next, beat the egg white for 2-3 minutes. Add the slightly cooled chocolate cream mixture and dissolved gelatin to the beaten egg white and mix well. Chill mousse in the refrigerator until set and ready to serve.

When ready to serve, spoon dark chocolate mousse into a bowl and then lightly fold in white chocolate. Sprinkle with chocolate chips or curls. 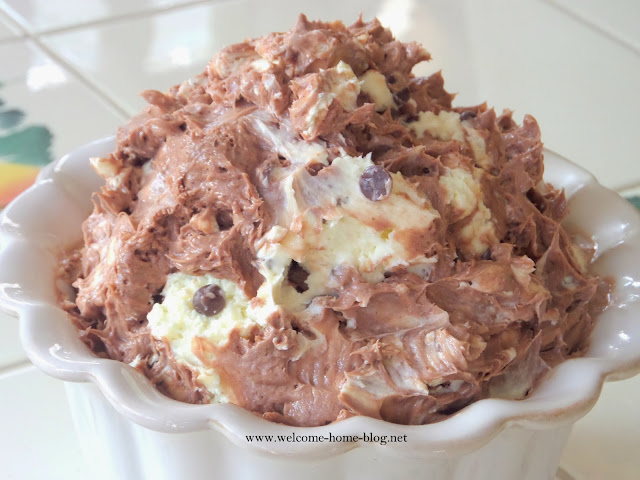 Photograph is copyrighted and the property of ©Welcome Home.
Email ThisBlogThis!Share to TwitterShare to FacebookShare to Pinterest