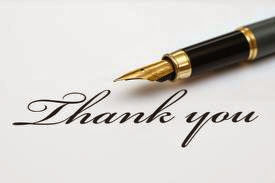 One late cold and rainy night back in 1965, a black woman in her late 60's stood on the side of an Alabama highway trying to endure the downpour of cold rain and strong gusts of wind. Her car had broken down and she desperately needed a ride.

Soaking wet, she tried to flag down cars that repeatedly sped by her. Just when she had begun to lose hope, a young white man stopped to help her. Now this was 1965 and in those racially charged years, it just never happened. However this particular young man helped her to his car and then walked in the rain to a phone booth to call her a taxi cab that would take her where she was in a hurry to go. The woman seemed very upset and in a hurry to get to her destination. She thanked him for his help and asked him for his name and address. She wrote it down and quickly left his car to run to the waiting taxi.

Seven days went by and a knock came on the young man's door. To his surprise, a brand new giant console color TV and stereo record player with a box of albums were delivered to his home. There was a thank you card attached that read:

"Dear Mr. James, Thank you so much for assisting me on the highway the other night. The rain drenched not only my clothes but also my spirits. You see, I knew it would be a long shot that anyone would pick up a black woman on the street that night and I had nearly given up hope of getting home. Then you came along and because you found compassion in your heart to help me that night, I was able to make it home in time to my dying husband's bedside to say goodbye and tell him how much I loved him just moments before he passed away. Had it not been for you I would have surely missed his last 'I love you' that he whispered in my ear before he closed his eyes that last time."

"God bless you my friend for helping me and unselfishly serving others. Please enjoy these songs that my husband so often used to sing to me during our years together. They are original copies and no doubt will be very valuable one day."

"I will miss hearing his voice but his songs will forever live in my heart. I hope they will live forever in yours.